A conversation about nonprofit tech needs 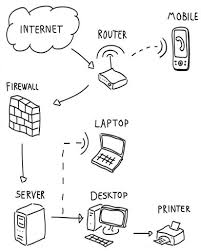 Some local nonprofits met in our office yesterday to talk about technology needs.  We heard some common themes: desire to network with other IT professionals, finding a sounding board, and ideas to stay current with the latest technology trends.  Nonprofit staff also need help understanding what they even have in place, learning basic website design, developing a social media strategy, and learning new tips for productivity.

Email ThisBlogThis!Share to TwitterShare to FacebookShare to Pinterest
Labels: technology

Collecting information about Dr. Stern for the biography he was writing last year, author and researcher Bob McDonald asked if I had ever seen Dr. Stern lose his temper in the three decades I knew him.  “Sure, I guess so,” I said – but then when I thought about it, I couldn't think of one instance – ever.

He wasn't cross when, as a new hire at the Community Foundation, I made two flubs in a short period of time.

When I took a call from a phone salesman and ordered three years’ worth of correction tape for our IBM Selectric typewriter for more money than was in the budget, he smiled and said, “Okay, valuable lesson here.  From now on, don’t order anything from any salesman on the phone, ever – okay?”

Not long after, when Dr. Stern was vacationing in St. Maarten with friends, I saw an obituary for “Jack Black,” a friend of Dr. Stern.  I proactively sent a note to the family of “Jack Black” saying that a donation had been made in Jack’s memory to the Foundation by Dr. Stern (because I knew he would want to).  When I told Dr. Stern about this on his return to the office, rather than write a check, he said, “I don’t know who the Jack Black is that died, but the Jack I know was part of the group I was with this week in St. Maarten.  From now on, how about let’s not use my name unless I know about it first, okay?”

The first time I went to a Board meeting chaired by Dr. Stern, in the middle of the meeting he reached into the inside jacket of his pocket, pulled out a pack of cigarettes, lit one, and smoked it.  Turns out he had been a smoker for decades,  and so when he said one day a couple years later at the age of 70+ that he was quitting, I thought, “Yeah, right.  Lotsa luck, Dr. Stern.”  He never smoked again.  He simply quit, after more than fifty years.  (I, on the other hand . . .)

At another early Board meeting, before anyone in the area had heard of the Foundation or knew what it was, he said to the Board members, “We need to set the example for others.  I hope each of us will think about starting a Fund with the Foundation.”  A week later, we received a check to begin the “Theodore S. and Alva D. Stern Fund” of CCF – one of our first.

Flash forward 30 years, when Ted at the age of 95 was ending his term as Chairman of the Board of the Saul Alexander Foundation, to which CCF gives staff support.  He said, “I’ve been on the SAF Board for decades, and I still enjoy serving, but I’m 95 years old, and so now I think it’s time for me to . . .”  “Resign,” we were afraid would be the next word – but no.  He said he wanted to continue to serve, but as an Advisor rather than as a Trustee, so that a younger person could take his seat as a voting member.  He continued to attend and fully participate in meetings until he was 99, in late 2012.

When I began with CCF in 1983, I was young, green and in slack-jawed awe of the powerful, important people on our Board.  For most members, it took only a few months before I was comfortable calling them by their first names – Wade, Howard, Courtenay, Marybelle, Irvin, Gary.  But I was and remained in such awe of Dr. Stern that I never came close to calling him “Ted.” To me, saying, “Hi Ted, how are things?” would have been tantamount to saying to Mother Teresa, “Hey Terry, how’s it shakin?”

Everyone who knew him has their own personal recollections about Dr. Stern that will probably never appear in printed profiles about him, but the common denominator for all of them is “a good man.”