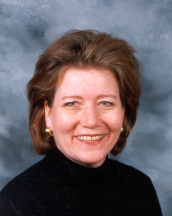 Linda Oshinsky was a beloved educator, wife, and friend.  Serving as an AP English teacher at Stratford High, she was also the Head of the English Department, Graduation Coordinator, Senior Class Adviser, 2000 Teacher of the Year, District Teacher of the Year, and District Honor Roll Teacher.  More importantly than her many accolades, she was an inspiration to her students.

Mrs. “O”, as her students called her, possessed the rare gift to inspire her students to produce top-notch work because she gave them an immeasurable amount of respect and support.  She believed her students were capable of reaching new heights and she helped them believe in themselves.  Her knack for pulling out the best in her students was a quality admired by all at Stratford High School. One student recalls of Mrs. Oshinsky’s class, “I have never been so eager to learn in all of my life.”

In a poem she penned in the school’s newspaper to show respect to her AP English class, Mrs. Oshinsky wrote “My goal is to prove English is an art, with each lesson and essay, you have learned your part. When I grow old as will all with time, I will look back with joy on what you learned while mine.”

Mrs. Oshinsky’s untimely passing and the legacy she left behind led to the creation of The Linda Oshinsky Memorial Scholarship Endowment which will be awarded to a graduating senior of Stratford High who wishes to pursue English or Education.