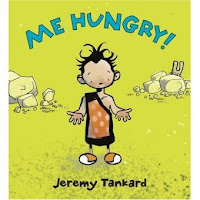 Later, Alix’s story reported that when asked to give to a cause – say, women’s breast cancer – the majority of us don’t give. But many among that non-giving majority WILL give if they’re told that they have to commit to running a 5K race in order to be included on the donor list. What’s up with that?


About the first example above, I’m more likely to give to a single stranger with an obvious need than I am to give the same amount in response to a report with stats about how many people share that need. The amount I’d give is more likely actually to make a difference to one identifiable person than it would for a bunch of people. But wait, stupid – in giving to help many, my money would, of course, still help that one.

As for the second example, yoga or running marathons have no appeal for me, but when I’m asked to give in response to, “Send us a donation to a cause that you know is important, or we’ll invite you to a black tie reception that lasts until midnight at a fancy hotel”, it’s, ”Gimme my checkbook! How much do you want?”

Here’s a link to that NPR story, told by Guy Raz, with information that Development Directors should be attentive to – and that might make the rest of us ask ourselves, “Exactly what does motivate me to give?”