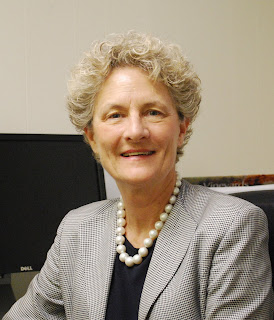 Hello Everyone – How many of you have heard the term - heirs’ property? I hope MORE of you than when I started helping with marketing for the Center for Heirs’ Property Preservation a year and a half ago?!

Airs? Hairs? Heirs? Howzat? It’s HEIRS and it’s a mouthful and it’s in your backyard. Almost wherever you live in the Lowcountry, there is heirs’ property nearby. Much of it comprises century-old hamlets and settlements that form the irreplaceable rural landscape that we all enjoy. That’s why - what happens to heirs’ property happens to you.

What is the Center for Heirs’ Property Preservation? The Center is an independent, non-profit organization that began as a project at Coastal Community Foundation and helps prevent the loss of heirs’ property across six counties – Beaufort, Berkeley, Charleston, Colleton, Dorchester and Georgetown.

What is heirs’ property? In the Lowcountry, heirs’ property is mostly land that was either purchased by or deeded to African Americans following emancipation. But – because this land has been passed down through the generations without a will, it is owned “in common” by all of the heirs whether they live on the land or not; pay the taxes or not or have never set foot on the land. Any heir, descended from the original owner, owns a percentage of the family land.

So? The problem with owning land this way is

that it can be easily lost. All it takes is for one person, who wants to buy the land, to find one heir willing to sell his/her percentage of ownership of the land. The buyer then becomes an heir and can force a sale of the entire property in the court and, often, buy it for a song. Too much heirs’ land has already been lost because of increased coastal development and a lack of access to the judicial system to prevent its loss.

See the problem? In a forced sale, the only way for the family to save the land is for them to come together and buyout the buyer within a year’s time. Sounds simple, but many heirs’ property owners are low-income and their family members are often dispersed all over the state and country. Let’s face it. Families are complicated enough without having to coordinate something like this.

Consider the solution? The Center for Heirs’ Property Preservation is the only non-profit organization in the state providing “soup-to-nuts” education and direct legal services to low-income families to help heirs come to agreement; obtain clear title and keep their family land. Since the Center’s inception in 2005, we have provided advice and counsel to 1,006 applicants and comprehensive legal services to 300 clients; conducted 203 legal seminars and presentations for 5,610 persons, and also provided technical assistance to county government planners and local planning committees on HP as they worked on comprehensive plans for their communities. Working with volunteers from the Charleston School of Law and Trident Technical College, the Center has successfully cleared 69 titles.

Want to help?
If you are an attorney in Beaufort, Berkeley, Charleston, Colleton, Dorchester or Georgetown counties where we serve, you can volunteer to help draft simple wills at one of our FREE Last Will and Testament Clinics which we schedule throughout the year.

If you would like to learn more about us and, perhaps, make a donation, go to: www.heirsproperty.org where it’s easy to give.

If you would like to support us in a BIGGER way, you can become a sponsor for our supreme fundraising event - 2012 “Commitment to Justice” Award Reception, where we will honor the inimitable Judge Alex Sanders. Call us for details at: (843) 745-7055.

Go ahead and Save-the-Date! Join the throngs of admirers who will raise a glass (or two!) in the Crystal Ballroom of the Marriott Charleston Riverview at 170 Lockwood Blvd. on Thursday, February 9, 2012 from 6-8:30PM to salute Judge Sanders for his exceptional humanitarianism and passionate pursuit of justice for all…and you’ll be helping the Center for Heirs’ Property Preservation in the bargain. Yeah… NOW you know who we are and what we do.

Many thanks for your interest and supportive comments.

A few things I'd like to add and clarify. The Center is the same as "CHPP" which was the acronym we used in the beginning.

Also, we welcome any opportunity to do a presentation about our work or conduct an educational seminar for heirs' property owners. Call us anytime to set that up. (843)745-7055.

Finally, we conduct "free" Last Will and Testament Clinics several times a year to help prevent the growth of heirs' property and can schedule an appointment for the drafting of a simple will at our office in Charleston for $50.