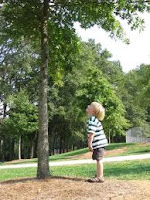 A man has made at least a start on discovering the meaning of human life when he plants shade trees under which he knows full well he will never sit. (Elton Trueblood, Quaker theologian and writer).
With a little over $60,000 in gifts from Billie and Alan Houghton, the Foundation’s Human Needs Endowment was created 27 years ago.
In the years since, that $60,000 has grown to just under $400,000 even after providing charities with almost $250,000 in grants.
Crisis Ministries was among the first grant recipients, back then. Among the most recent are Summerville and East Cooper Meals on Wheels, Dorchester Habitat, and the Lowcountry Food Bank.


When the Houghtons seeded this endowment in 1984, they knew that some day it would grow to be a mighty shade tree. Every year since, their “investment return” reports have been the notes we’ve sent them, telling which charities addressing basic human needs have benefitted from the endowment they created back when Ronald Reagan was president.
Billie and Alan don’t decide which causes will benefit from the Human Needs Endowment. They asked that the Foundation oversee those decisions both during their lives and into the future.
Shade trees, compound interest and people like the Houghtons – ain’t they grand?
You can do it too, if you choose. And it doesn’t take $60,000. A permanent endowment for the charitable cause you care about can be created with $10,000.