Quick tips to get credit for year-end charitable deductions 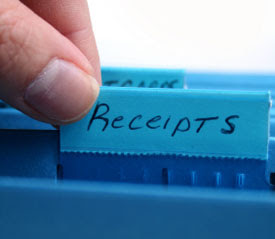 Just a few more hours to claim a charitable tax deduction for tax year 2009. If you are like most Americans you have already given something less than 3% of your income to charitable causes. I hope that does not feel right to you. In my thinking, it should be percentage-wise, more than 3% of your total income, given all the services the nonprofit sector provides.

If in looking back over 2009 you would like to do a bit more, well, the clock is ticking. Here are some tips on how to squeeze in a little more giving before the "aughties" decade ends. No need for heroics, just some simple tips to get the giving done.

The IRS is very strict on the timing of year-end gifts. The funds must be released to the nonprofit as a gift before year-end to count as a gift made in 2009. That makes sense. However, apparently people have a tendency to delay year-end giving up until the very end or even the very, very end. As a result the regulations are tough.

If you are making cash deliveries yourself, and by this I mean dropping off dollar bills, coins, or checks, you need to 1) hand deliver the cash to your favorite charity before midnight on December 31st, 2009 and 2) get a receipt dated prior to December 31st, 2009 to get credit for the 2009 tax year. Leaving a bag of money at their doorstep and getting a receipt after the New Year means your gift is credited in 2010. Opps. Get a receipt written before year-end for all gifts that are given face-to-face.

If you are mailing the gift you need it postmarked by December 31st for the gift to count in 2009. No backdating those checks and mailing them after New Year's Day. As mentioned earlier, the IRS is strict in its enforcement, so strict that we photocopy envelopes and checks in the weeks around New Year's Day. This means that even checks dated before December 31st, 2009 that get a mailed acknowledgement from the nonprofit after the start of 2010 do not count as being given in 2009 without the US Postal Service postmark on the incoming envelope.

Transfers of commonly held stock are even more troublesome. If you would like to give some of that highly appreciated Google stock to a nonprofit you need to allow time for the stock to go through Wall Street's version of purgatory (that ambiguous zone between brokerage accounts). Don't sell the stock unless you want to pay capital gains. You need to transfer the stock directly to the nonprofit. That way you can take a deduction for its current value rather than the amount you paid for it. (Note: Many small nonproifts do not have a brokerage account. More on this later.) This transfer, even under the best of circumstances can take days. It is not the fault of the nonprofit. Moving stock between brokers, even in these days of speed-of-light electrons takes much more time than it should. It is not clear where the problem lies. You may no longer "own" the stock but until it hits the brokerage account of the nonprofit you have not given it away either.

For transfers of common stock, the fastest, easiest way is to run the money through a local community foundation. They will have a brokerage account (as mentioned earler many nonprofits do not) and they will have had practice with the procedure. You will need its DTC number (i.e., Depository Trust Company number). For example, at Coastal Community Foundation you need to give your broker the following information: DTC # 418 (Smith Barney) for credit to Coastal Community Foundation A/C# 435-19851-1-6-212. Should you be so inclined to act on this suggestion, please call us first at 843-723-3635. We get so much stock during the last week of the year that we can have trouble sorting it out quickly. Not only does the stock go through Wall Street purgatory, it goes through without a record of who made the transfer. There has got to be a better way, but until there is it helps if you warn us or your local community foundation that the stock is coming.

If you intend to give illiquid assets: closely-held stock, precious metals like gold or silver, real estate, boats, or your uncle's stamp collection, well, you are out of luck. There simply is not enough time left in 2009. There is always next year. No reason not to start things moving with your New Year's Resolutions. The creation of a receipt that passes muster for the IRS will take more than a week and by then it really will be 2010.

For all of these rules and complications you might think that the IRS has got all of the year-end loopholes closed. However, there remains one way to make a gift in 2009 and pay for it in 2010. It is legal, too! Use a credit card. You will pay the credit card bill in 2010 but the gift will be credited in 2009 (provided you run the charge through before December 31st, 2009). The internet makes this easy. You can go to our website at http://www.coastalcommunityfoundation.org/ and click on "Donate Now." You can specify which charitable need your gift aims to satisfy and get a tax deduction for 2009. When your credit card bill comes due in January, 2010 you will see a charge in 2009 that counts as a 2009 gift for tax purposes.

So if you like to run close to the edge, make that year-end gift with plastic. Just make sure your internet connection stays up all the way to midnight on New Year's Eve.