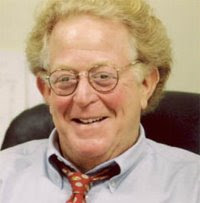 Beaufort Mayor Billy Keyserling points out the paradox that is Beaufort. "Per capita," he says, "Beaufort County is one of the wealthiest in all of South Carolina."  It has deep pockets of poverty as well as new communities of great wealth. In the last decade, Dataw, Spring Island, Callawassie, and others, have become home to some of the smartest, richest retirees on the planet. Real "masters of the universe" who have made money with just their wits. The Mayor is not talking about taxes or fundraising to smooth out the disparities in wealth.  He's talking about building better nonprofits by applying the smarts of those retirees to create improvements in operations, new business plans, and alike. He is advocating that we address social ills by creating new strategic partnerships based on real innovation.  Smart innovators are now in abundance in Beaufort.  His insight is to recognize the "need" for meaningful involvement among newly arriving retirees just as we recognize the "need" among those living in poverty for assistance.
He pauses to roll up his shirt sleeves.  The next few minutes are a storm of ideas with flashes of brilliance, all held together by Billy's line of reasoning that connects need with need. Here's a man who needs no explanation of how a community foundation can serve both donors and grantees, venture philanthropists and the nonprofit marketplace, those in poverty and those of means. There are needs on both ends of the line that connects these natural partners.
The missing link is the connection between people.  Mayor Keyserling is that missing link. "Making ends meet" for Billy is more than just balancing a budget. The ends will meet when a chain of connections link those seeking meaning in their retirement with those seeking the means for a lifetime of success.

So, Billy, it was your Mom and Dad who helped the Foundation get recognition in Beaufort so I'm glad to see you are the Mayor now. I'm sure you are the best possible person to bring people together and am glad to know that you are steering the ship of state in Beaufort.
Ruth Heffron